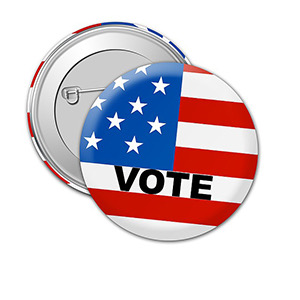 As expected in a presidential election year, US politics continue to dominate the headlines. As Canadian investors, many are wondering what the implications will be.

The powerful economic ties between the US and Canada are undeniable, and so we focus this edition of the market commentary on exactly that – how markets have historically behaved during US election years and what we can expect to happen in the markets after the votes are in – both over the immediate and long term.

We will also be busting some common myths, which should ease any concerns you may be having during the endless feed of alarming media headlines we’ve all been reading.

“Republican presidents are better for stocks.”

While the election hype should not be overlooked, the economic effects will likely be much less consequential than the media has us believing. Regardless of the outcome, it’s important to remember that while the President can impact foreign policy and trade, the Senate sets the pace on taxes, laws affecting business, and other issues of interest to investors.

What does drive market performance? Business cycles, interest rates, corporate earnings, and most importantly for you – a solid and diversified long-term investment plan.

P.S. Financial planning is a long-term endeavor and plays a key role in many of life’s major decisions. Building a strong relationship with the right advisor could be the key to achieving your financial goals. Read more in “The right fit”, pg. 9 of the enclosed Solutions magazine.