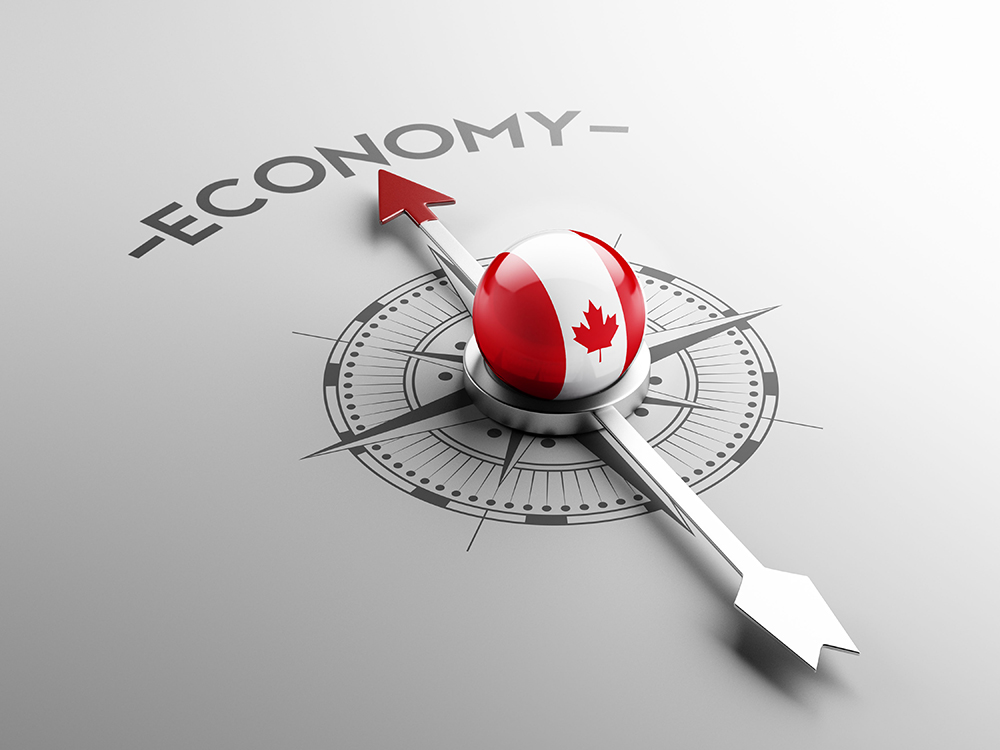 Canadian economic growth slowed in the third quarter led by a spending decline amongst businesses and households.  Statistics showed that the Canadian economy grew at an annualized pace of 2.0% in the quarter, compared to 2.9% in quarter two, which is in-line with economists’ estimates.

Further, non-residential investment in buildings and engineering structures fell 1.3 % as spending in the commodity sector declined. Machinery and equipment investments by businesses fell 2.5 %. Meanwhile, the growth in household spending slowed to 0.3 % in the quarter compared with 0.6 % in the second quarter.

The economic growth of Canada did slow this quarter—trade uncertainty this past summer led to lowering household and business consumption, and questions are being raised about future potential interest rate hikes by the Bank of Canada. Statistics show the unemployment rate is at the lowest levels in four decades, and Canada is at very high levels of capacity utilization— which means that the economy is running out of room to grow.

The new free trade deal between the USA, Canada and Mexico, called USMCA, is likely going to settle some uncertainty that has led to a concerned outlook.  This bit of good news should likely boost exports and government/foreign investments. However, the transition may not go as smoothly; the pace in export growth will be constrained by the loss of market share in many important international markets. With the global and US economic growth likely to peak, there is a potential for weaker demand growth and lower commodity prices, which will be a significant headwind for exports. In addition, businesses are likely to remain uneasy with further capital investment. Canadian exports are expected to fall to 2.8% in 2019, and 1.7% in 2020.

However, there is a silver lining for growth regarding Canadian exports. According to British Petroleum’s Statistical Review of World Energy, Canada currently exports commodities such as oil, natural gases, and minerals mostly only the United States. If Canada were able to secure new vital international partnerships, highlighted with the new TPP agreement, this new exposure to more international markets would bolster the Canadian economy.

Though the consumer narrative has been positive in 2018, there are headwinds that will likely slow growth. First, consumers are nervous to further ramp up debt levels. Debt as a share of disposable income is at record high levels and rising interest rates will lift those debt-servicing costs. Second, the real estate market is flattening. The added federally-regulated income stress tests on mortgages led to a drastic pullback in the housing market activity— mainly in more expensive Canadian cities. In addition, there is a slowing of foreign investment in the Canadian housing market. Further uncertainty in the housing market could come from slower jobs growth and rising interest rates— which could have secondary effects on construction and housing-related items, such as furniture and appliances.

Analysts see a dramatic fall in personal consumption growth in 2019 to 1.8% and a further drop in 2020 to 1.4%. This will have a major toll on the economic growth of Canada as consumption is 58% of its gross domestic profit.

After what was dubbed the Job Boom of 2017, Canadian job creation has been decelerating in 2018. The pace at which jobs were created pushed employment down to a 40-year low. However, the Bank of Canada is not worrying that much about the possible rise in inflation—as of October, inflation is hovering around 2.3% and is expected to remain around this level.  The BOC isn’t raising any red flags because of two reasons. First, demographics are distorting the analysis of the labour market, as an ageing population tends to lower the measure of the unemployment rate. Second, the unemployment rate isn’t fueling wage growth. Over the four months ending in October, wage growth slowed to 2.2% from 3.9%. However, this sustained level of low unemployment should eventually raise wages; thus the BOC will then worry and gradually tighten policies.

In the short-term, with low unemployment and other federal policy changes, Canada will deliver continued growth, and thus the short-term economic indicators are promising. However, growth will be slowing. The US is removing much of their fiscal stimulus and raising interest rates. As Canada is well integrated into the North American supply chains and economy, these factors may put Canada at risk of a much slower growth forecast.