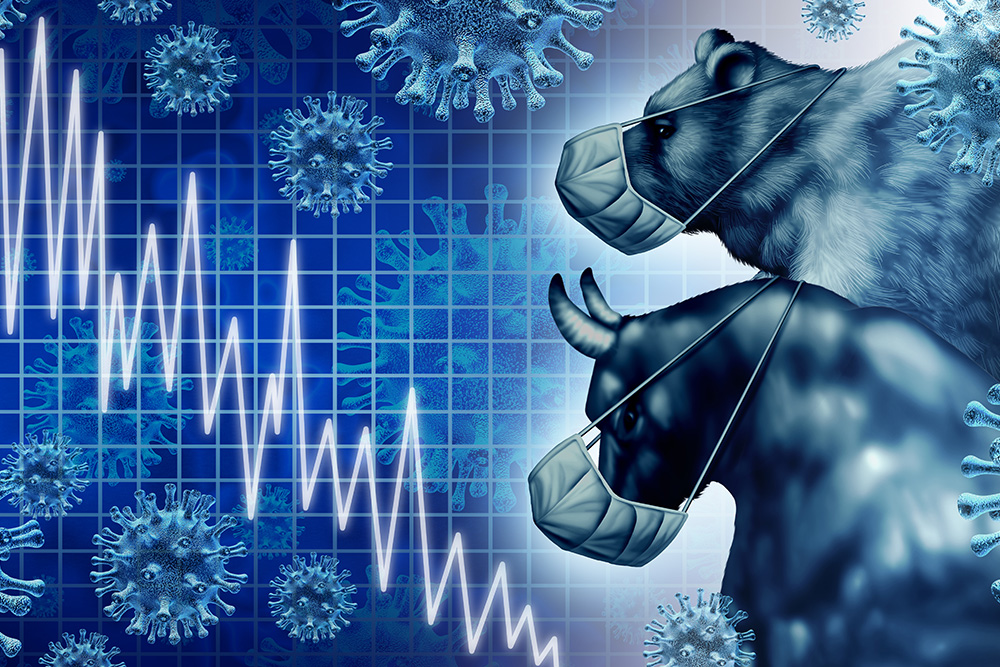 The markets took a dive, then almost as quickly, rose again

The global spread of the COVID-19 virus riddled the financial markets with uncertainty, and for the first time in a long while, an individual’s wealth, health and family all became vulnerable. Strict social and non-essential business lockdowns went into effect almost globally as nations feared the worst, trying to limit the spread of the virus. With economies in lockdown, economic activity contracted to new lows. Canada and the U.S saw their worst job losses on record. This resulted in global stock markets falling at the fastest rate since the Great Depression. But as you can see below, the recovery in the stock market was nearly as swift as the decline.

Adding to the uncertainty, the dispute between Saudi Arabia and Russia flooded the market with fresh crude oil, which was accompanied by a decrease in demand, which pushed oil prices to multi-decade lows. The price of oil actually fell below zero as traders desperately tried to get out of expiring oil contracts.

Central banks around the world were quick to respond by expanding their balance sheets to record levels, with the U.S Federal Reserve stating that they still have more options to help the economy if need be. Fiscal responses were swift as well, and countries began passing bills offering financial support. Worries about the potential inflationary consequences saw investors jump for gold. Still, government borrowing costs remained low even though fiscal authorities continue to roll out new measures to aid households and businesses.

However, through all the negative headlines, we are now beginning to see the other side of all this uncertainty. In most areas, the cases did not hit the levels the various models predicted; the “curve was flattened’ in most areas. The countries suffering from the most severe outbreaks (US, UK, and Italy), have seen a dramatic slowing of new cases. The reduction in new cases has resulted in the gradual easing of restrictions.

Economies are now reopening, but we expect some volatility to continue

The prospect of an economic rebound over the second half the year, with the bold actions being taken from policy makers, has helped global equity markets rebound from the multi-year lows in March. The S&P 500 rose 12.7% in April, another 8% in May. The reopening plans are complex, and we will likely see easing and tightening based on new COVID-19 cases. This will likely result in choppy equity markets (volatility has fallen from March’s highs, but the VIX, a popular volatility gauge, is still historically elevated) as highly uncertain forecasts for economic growth and corporate earnings are revised. The IMF’s latest forecast is predicting global GDP will shrink by 3% this year—far worse than during the 2008-09 financial crisis—and 6% in advanced economies.

US relations with China have taken a step back

Beyond this, there are other significant developments taking place in the economy and in politics that are worth monitoring. Attention is on China and US trade relations as the COVID-19 fallout has meant that China has been unable to make good on pledged purchases of US goods and services that were the cornerstone of their late 2019 trade deal. It is not fully clear how the US will react to this, but trade relations have certainly taken a step back relative to 2019. Additionally, President Trump said that his administration is taking measures to end the American government’s special relationship with Hong Kong, as Beijing moved to place broad security powers over Hong Kong.

The US election is November 2020

The U.S. election is fast approaching. Analysts believe a second Trump term is currently the most likely outcome though plenty is subject to change between now and election time. Despite the extreme political volatility Trump brings, it is quite possible that a second Trump term would be constructive for equities as a lengthened Trump administration could mean further accommodative policy for corporations similar to the substantial tax cuts we saw in term one. The market reacted positively to Bernie Sanders’ departure from the Democratic race, as his policies were viewed to be less friendly to the corporate sector.

The past two weeks the news has been dominated by the protesting and in some instances, rioting and looting occurring across the United States, in response to the most recent high-profile incident of police brutality. This civil unrest has not seemed to impact the financial markets; we will continue to watch closely as this unfolds.

As always, please feel free to reach out if you have any questions about your own financial portfolio. Please call (604)-688-5262, or email us at info@ciccone-mckay.com