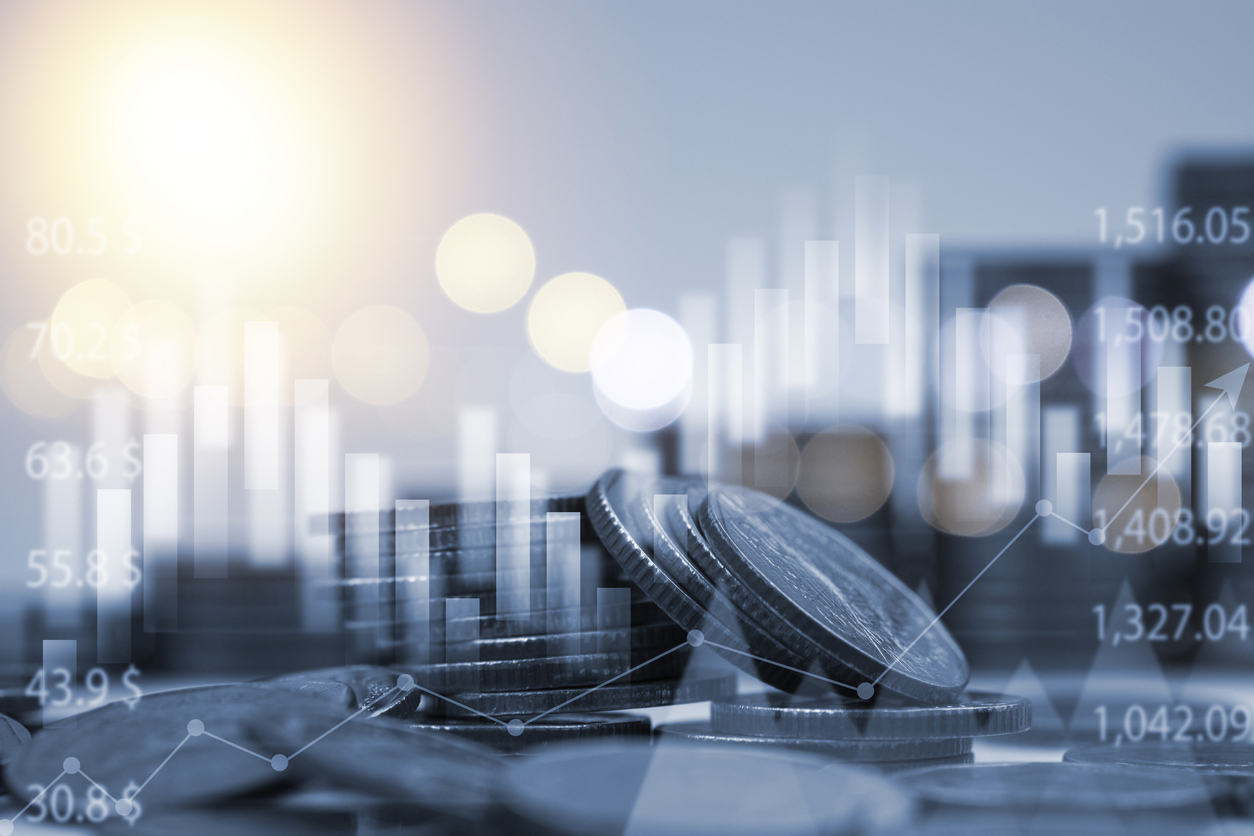 Over the first half of the year, the economy has continued its rebound as vaccination rates
continue to increase in developed countries-- notably in Europe, which is on pace to catch Canada, the UK, and the US. There is a continued lag on the vaccination front in emerging economies, but new cases seem to have peaked in India. The outlook for global economies remains strong, as global governments have maintained their policy support, and coupled with rising vaccination rates, allow for the resumption of some pre-covid activities and the reduction of restrictions on activities.

Will inflation be temporary?

A key question throughout the quarter is whether the inflation we have been experiencing will fade once the base effect (numbers factoring in the pandemic-related drop a year ago) will subside. In May, Canadian inflation numbers hit 3.90% up from 3.40% in April, which hit that mark at the fastest pace in nearly a decade. However, central banks still believe that the inflation pressure will ease as these transitory influences lessen. Moreover, though inflation is widely viewed as transitory, continued supply-chain setbacks, increased input costs and surge in household demand may limit the extent of the decline.

Central banks, particularly Canada and the US, have stated that they will continue to tolerate inflation running higher than 2%. In the US, policymakers unanimously left its benchmark short-term borrowing rates near zero, but officials have signalled hikes could come before their original 2023 target.

The Bank of Canada (BoC) officials are staying firm on their stance of the higher inflation due to unfavourable year-ago comparisons. They feel the slack in the economy will continue to put downward pressure on inflation as these base-year effects fade. The BoC was the first among the central banks to shift to a less expansionary policy back in April; however, have continued to keep interest rates low while slightly paring back its bond purchases.

Despite the inflation increases, central bankers and governments have remained firm on their support measures, as they are committed to keeping all policy intact until economies and employment have returned to their pre-pandemic levels. Interest-rate hikes are likely off the table in 2021; however, the Bank of Canada has led all other banks in scaling down its quantitative easing programs. Expectations are that the US Federal Reserve will be the next to alter its programs. Additionally, the BoC is expected to increase rates in 2022. No signal from the Bank of England or European Central Bank of their rate adjustments; expectations remain for 2023.

The US government approved a $1.9 trillion package to help US households and small businesses with direct relief at the end of the first quarter last year; this comes after a $900 billion aid package was approved in December of 2020. The Canadian government, in its April budget, continued its pandemic-related support and announced more than $100 billion in additional spending over the next three years.

With the continued low-interest-rate environment, government support, and sectors reopening, RBC forecasts that Canada, the US, and the UK to grow at a greater than 6% pace in 2021; moreover, gains will continue in the 3% to 5% range in 2022. Additionally, the Euro area will have slower growth due to the pace of their reopening, but GDP is forecasted to increase by 4.5% in 2021 and 3.6% in 2022.

Canada’s economy will largely recover from the COVID-related losses in Q3, according to RBC. Increased job losses in April and May will be short-lived, with hiring expected to increase as harder-hit sectors reopen. In addition, there has been a sharp increase in demand for certain commodities that have bolstered Canadian exporters by increasing the volume of energy and food products. With the US economy roaring open, the demand for commodities should remain high, which will be a positive for Canadian exporters and the economy as a whole. In addition, services spending is expected to increase double digits in the second half of the year, according to RBC.

Housing continues to be red hot for the Canadian economy; though market slowed somewhat in April and May, valuations still remains at a historically elevated level. With the potential for a rate increase in 2022, increased mortgage stress testing and the potential for new sellers to enter the market all may lead to settling the imbalance that has caused the high prices we have been seeing. Prices are forecasted to increase 13% in 2021 and a more subtle 3.3% in 2022 (RBC).

On the job front, Canadians are returning to work as services, finance, and education sectors have all added jobs. Hospitality and recreation are still at lows. The more aggressive rate of vaccinations has been pared with an increase in job postings. Currently, the biggest challenge for employers is not only finding workers, but workers with the skills to match the current job openings.

The second quarter saw a rebound in growth stocks, supported by the accelerated roll-out of vaccines and a decline in interest rates. The S&P 500 reached a new all-time high in late June. This could be attributed to the earnings growth seen in the Q1 of this year; these strong earnings will prove to be important, given the current equity valuations. Almost all US equity sectors made gains over the quarter. For Canadian markets, as the global economy begins to reopen, it should create favourable conditions for cyclical-focused equities. 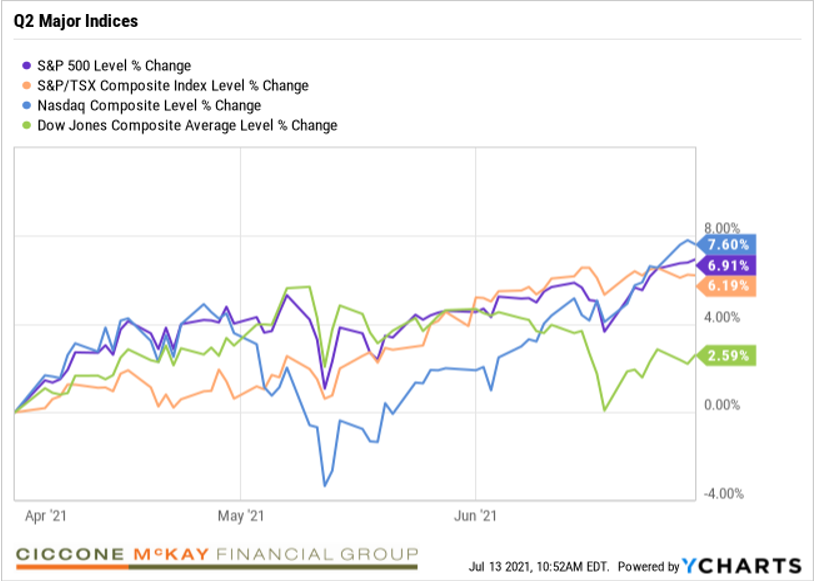 The macroeconomic landscape is ever changing, if you would like to discuss any topics mentioned in further detail please reach out. We love to hear from you.