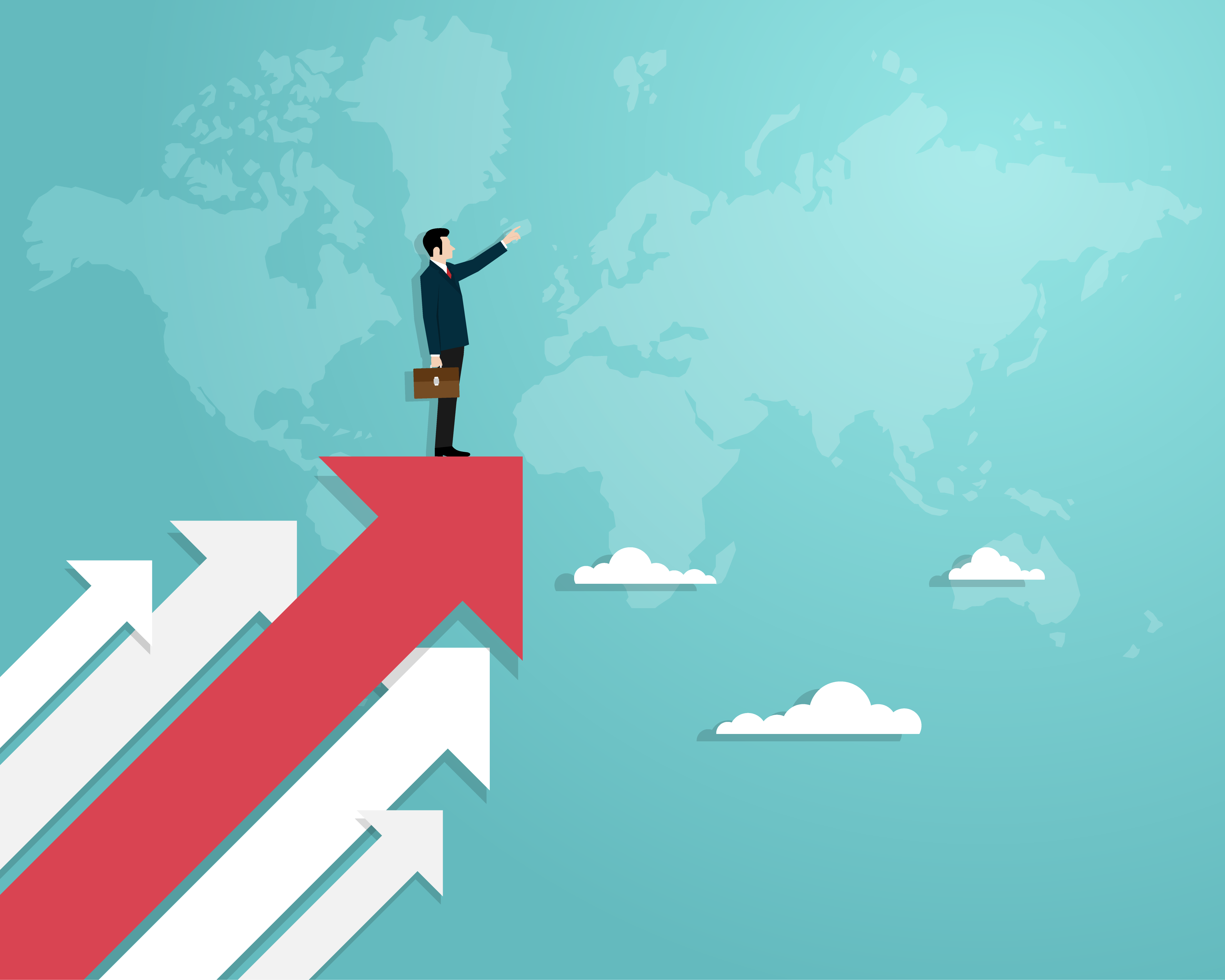 Economies are recovering – now, to deal with inflation

After a strong 2021, the first quarter of 2022 proved difficult for investors. True, with COVID vaccines and treatments, the pandemic’s economic impact decreased – leading to easing of restrictions in many western countries. But new infection risks emerged and these, plus economic concerns over inflation and the Russian invasion of Ukraine, weighed heavily on equity and bond markets.

Russia is a significant exporter of energy and commodities to Europe. The escalating conflict sent energy and commodity prices to extreme levels. This, in turn, exacerbated the inflationary pressures already felt by consumers and businesses, hindering the recovery of some major supply chains.

Even before the conflict in Ukraine, acute labor shortages, supply chain disruptions and input costs were emerging. At the same time, labour markets were improving and wages rising. The savings accumulated during the pandemic kept purchasing power strong. Demand grew on businesses to increase production, despite their limited ability to do so. All of the above heightened inflationary pressures. The Russia-Ukraine conflict has only intensified these pre-existing conditions.

Western countries’ aggressive sanctions against Russia caused massive volatility in energy markets. Oil prices spiked early in March to over $120, levels not seen since 2008; moreover, according to JP Morgan, European energy prices shot up as much as 55% from the start of 2022. In addition, the Ruble has lost roughly half its value since the invasion took place, as sanctions and transport disruptions stopped Russia’s exports and froze the currency reserves it held abroad.

Russia and Ukraine account for just 0.1% of trade with Canada, according to RBC. However, with more disruptions and uncertainty in Europe, higher oil and commodity prices will likely occur everywhere.

Despite the volatile start to the year, U.S. equities did recover some of their losses by the end of March,but still finished the quarter down. And the S&P/TSX, the major Canadian index, had a strong start to the year, based on the tailwinds felt by commodity prices.

The traditional narrative of inflation being transitory has now changed. Over the quarter, central banks and economists turned hawkish. As a result, fixed income markets ended the quarter lower, as the U.S. 10-year Treasury yields reached new highs of over 2.4%, up from about 1.5% at the start of the year.

Meanwhile, central banks worldwide altered their pre-pandemic policy stances. Having committed to lower rates until economies fully recovered from the pandemic, they fell a bit behind the curve on inflation. As a result, the U.S. Federal Reserve and the Bank of Canada started the year by raising rates by 0.25 basis points (bps).

Reflecting that same fear of being behind the inflation curve, global prices sharply increased. Canada’s Consumer Price Index (CPI) clocked in at 5.7%, with the U.S CPI surpassing 7.5%. As a result, economists believe that the U.S. Fed and the Bank of Canada will raise rates by 50 bps at their next respective meetings. And, that they will drastically reduce their balance sheets (liabilities of central banks include banknotes and bank reserves). With both strategies, the Fed and Bank of Canada hope to get a head start on the move toward a neutral rate (2-2.5%) by year-end. Indeed, the tightening we all expected sometime over the next two years is likely to happen by the end of 2022. 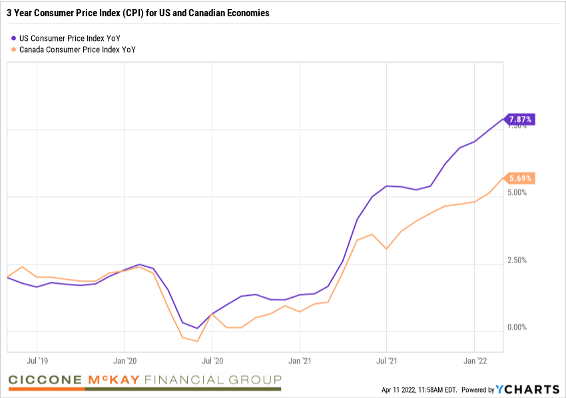 What does this mean for bonds? One advantage is that price fluctuations can set the foundation for higher yields. When interest rates rise, often yields do, too. In turn, rising yields can spark a short-term drop in the value of existing bonds. As a result, investors will seek to buy bonds offering a higher yield. When demand lessens for bonds with lower yields, the value of those bonds tends also to drop. Granted, this short-term perspective doesn’t allow for the longer-term benefit of higher yields.

According to JP Morgan, U.S. consumer sentiment deteriorated as prices increased. However, the U.S. labour market stayed its recovery course and remained strong. The unemployment rate dropped to 3.8% and the labour force participation increased to 62.3%. In addition, wage growth increased 5.1% year over year.

Since Canadian and U.S. yields seem to be moving in lockstep, it’s expected the Bank of Canada will raise rates as the Fed has done, 25bps. Our Bank’s actions in March show it has become more aggressive; even 50bp hikes is on the table (Time of writing: April 1st 2022.). The Bank wants to act forcefully to hit its lower inflation targets. In all, Canada’s economy has held up pretty well, growing by 0.2% through the winter’s Omicron wave.

Looking ahead, as services spending continues to recover, economists anticipate more substantial growth. However, higher prices will likely limit the spending by lower-income households and, as RBC notes, consumer confidence is close to one-year lows. RBC also points out that Canadians continue to sit on significant excess savings, as well as sizeable wealth gains built up amid rising home and equity valuations.